Home > About Us > Trends

Donghua SC1252 chain is used in the transfer box of "Dongfeng warrior" military vehicles, which can separate some engine power to vehicle front axle and make the vehicle realize stronger four-wheel drive based on the rear wheel drive and besides the aviation chain is installed in the key operation part-steering system of the Air police 2000 AEW.

"Dongfeng Warrior" is one type of the cross-road vehicles which produced by the Dongfeng cross-road vehicles company limited (the auxiliary company of Dongfeng group company limited) which mainly designed for the military purposes and its appearance nearly same with US Hammer vehicle but with bigger performance than the latter. Because of its military purpose and also require big horsepower,so there have very strict requirements for its components and finally needed to pass the rigorous bench test established by the army and then can obtain the supplier qualification.

In the subsequent days, Donghua will continuously make innovation,develop the chain transmission system solutions to satisfy the military equipment requirements ,then make more contribution for the national equipment localization construction. 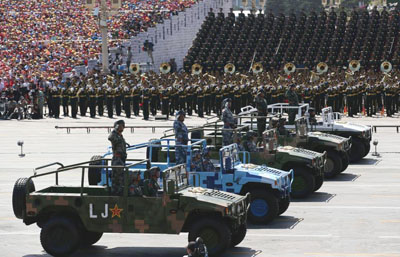